Thanks David Letterman, From the Freaks

In an era of safe, politically correct comedy, a messy-haired, gap-toothed, chortling buffoon stole my heart and hours of audio tape. 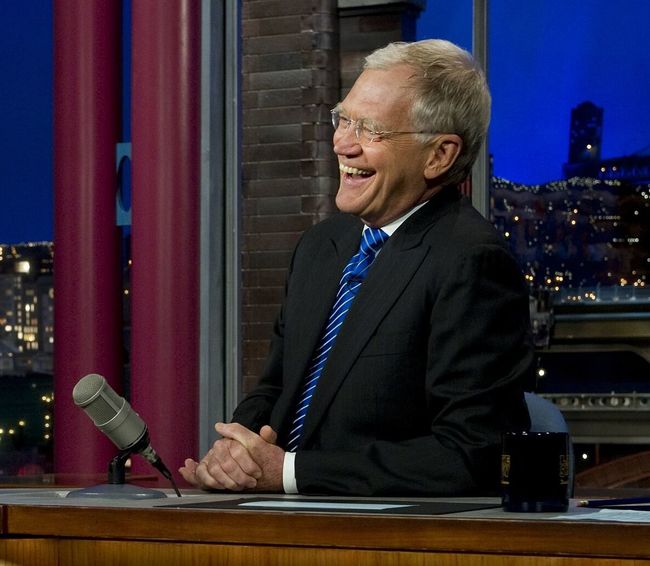 Yes kids, I was born in an era before DVR or Tivo, even before the VCR. The Norman Rockwell scene in our house was my parents on the couch and my sister and I on the floor in front of the TV. I would have been holding an old gray cassette tape recorder, ready to capture any greatness the TV Gods deemed fit to deliver to their true disciples.

My tapes were full of the greats: CHIPs Theme Song; A few Bill Cosby quotes; An entire Charo episode of The Love Boat; some key final seconds of Blazer basketball games; and obviously, The Dukes of Hazzard.

Two special tapes though were saved for my true comedy loves. I kept this practice up into the 90s even after we bought a VCR (still no cable, thanks Dad). Into high school my friends and I would stay up late recording our favorite bits, erasing the bad and adding our own commentary. It was analog podcasting with all the wit of 14 year old boys.

If you found those tapes now I’m certain a few choice moments of Seinfeld would be your reward. Mostly though, you’d find hours of recordings of Saturday Night Live sketches and a young late night comedian named David Letterman.

Johnny Carson was for our parents (like Facebook now). Dave was for us. He was irreverent, ridiculous and had crazy recurring appearances by the likes of Chris Elliot. It helped that he actually was on late at night; perfect for our teen circadian rhythm.

It’s no surprise that when I finally ventured to New York City in 1997 my first and most important stop was the Ed Sullivan theater. Even then, I knew midtown sucked, but I was willing to be a tourist for a chance to see the iconic marquee and taste Angelo’s Pizza. 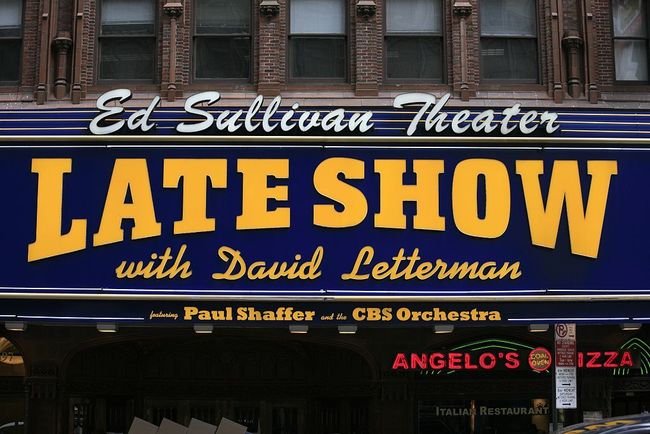 As I stood on 53rd street with my slice I looked up and to my horror saw a billboard with Jay Leno’s ugly mug reading:

How dare you, sir. You unfunny hack. 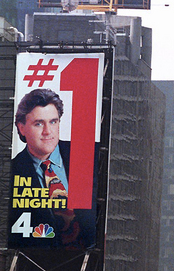 There are those who think Two and Half Men was a great show, they also think Leno is a pretty funny guy. Leno — the lowest common denominator. For us true connoisseurs of comedy it’s Letterman that keeps us pulling out our tape recorders each night.

I was growing up and realizing this is the world we live in, one where shallow, base comedy and “hilarious” newspaper headlines pass as comedy genius. Or actually where genius is looked down upon and simpletons are celebrated. Midtown does suck.

I continued my exploration of New York, but found myself back in front of the Ed Sullivan theater on my last day in the city. Looking up I prepared to suffer the filth of Leno’s smug gaze, but instead noticed a giant Dave Letterman gap-toothed smile looking back at me. I’m not sure if in my rage I inexplicably didn’t notice it before or if the sign was simply new. Leno was still there boldly proclaiming his status as, “#1 in Late Night!” but Dave stood bigger, cleverer, audacious and impudent with a massive sign reading: 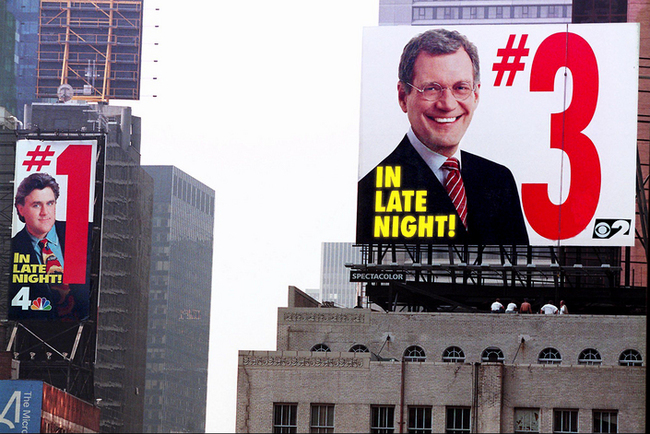 Rim-shot! Zing! Got any gum? I never loved Dave more than that moment. If you were weened on the impressions of Dana Carvey and the dry deep delivery of the late Phil Hartman, if you found the Norm MacDonald years of Weekend Update deliciously impious, you love this billboard. Number 1 is for losers.

So, shine on you brilliant bastard! Shine on. Thank you for teaching me that the best comedy is found in the darker corners. That often the opening act or the late-late timeslots are where we will find joyful silliness and freaks with flags flying high.

Sure, the irreverence may have waned in these last years, but you gave those of us willing to stay up late with our tape recorders an education in great comedy. Political correctness and cheap gags might be the choice comedy of the masses, but us misfits will always seek out the comedy diamonds in the rough thanks to you. We’ll miss you Dave. Always #3 in our hearts.

The launch of Here Now’s #ClimateChangeIsReal campaign for Earth Day had us asking an important question in the Corelab studio: “Was the campaign infiltrated by a coal or oil company plant?” The hashtag and subsequent messaging play... Continue →